After a summer break we met again on 5 September at the Sherston Inn. We began with a reading by Clare Diprose from her pamphlet “Thinking of You”. It was lovely to hear the poems together and to get a sense of this Bridport Prize runner-up’s style – assured, economical, observant, with an instinct for the right word and a way of catching you off-guard with a haunting phrase. 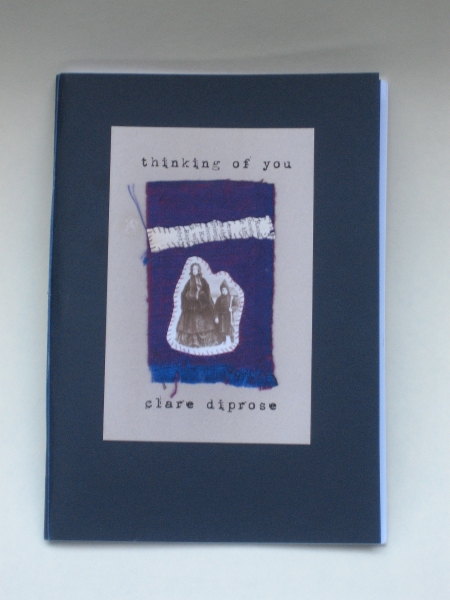 We heard poems from Ewa, Ewan, Wendy, Jo, Caroline, Morag, Rachael, Jinny, David and Ama. Paul sent in a poem which was read by Ama. This post’s title is taken from Ewa’s poem about a visit to Burnham-on-Sea.

Rachael’s “Tradition” has been published in the latest issue of The Rialto, and she has been short-listed in this year’s Poetry Space competition.

Ama has a poem “Hartlake” in the new issue of Obsessed with Pipework.

Morag has a poem forthcoming in Tears in the Fence.

Jo will be reading at Tea and Chi in Glastonbury on 23 September.

Wendy will be one of the poets at Twenty Poets Perform in Bristol Central Library on 1 October as part of the Bristol Poetry Festival 2016. This is a really enjoyable event for all concerned, and entrance is free. Full festival details should be on the Poetry Can website pretty soon.

Finally, Rachael, Sara, Morag, Jinny, Jo and Ama will be giving a third performance of this year’s collaboration Second Skin at the Tears in the Fence festival fundraiser weekend at Stourpaine in Dorset this coming Saturday, 17th September –  details here. Andrew will also be reading at this event.

Latest news, hot off the press: Jo, Jinny and Rachael have all had poems accepted for the Broadsheet, which publishes once a year for SW poets. The launch is part of Exeter Poetry Festival in October.

The next meeting will be on Monday 3 October in Just Ales Micropub in Market Street (behind the bus station), 7.45 for 8pm. Real ale and local cider on tap, as well as coffee! There will be a Featured Poet and a charge of £2 which will be saved up until we have enough to pay a Guest Poet.

Other news: Poetry readings at Wells Litfest include Lemn Sisssay on 18 October. If you don’t know about him, do listen to his Desert Island Discs on the radio 4 i-player. He’s phenomenal! See the website for details.

Toppings bookshop in Bath have a programme of readings, including Carrie Etter and Claire Crowther on 1 October, Katherine Towers on 3 October, Rosie Jackson on 7 November, Alice Oswald in the nearby St Swithin’s Church on 15 November and Ruth Sharman on 16 November.

It isn’t necessary to know where a poem is going in order to begin to write.  Writing can let you find out what you think.
– Roy Marshall

If you know exactly what you are going to say about a subject before you begin your poem, it is probably better to say that thing in prose.
– Sue Boyle