Unfortunately I was unable to attend the meeting on 8th January in Glastonbury, but these were the readers and the poems:

Rachael: Rita Dove, ‘After Reading ‘Mickey in the Night Kitchen’ for the Third Time    Before Bed’, and the title poem from Em Strang’s collection ‘Bird-woman’.

Michelle: Rhian Edwards ‘The Unkindness’ from Clueless Dogs, and Rachel Curzon ‘Ultrasound’ from her collection Faber new Poets No. 16.

Sara: Bernard O’Donoghue ‘On Being Late’ and ‘And Spoil the Child’

Andy: from Robert McFarlane’s ‘The Gifts of Reading’, and Sven Berlin from ‘The Dark Monarch’.

David: Wordsworth, from third book of ‘The Prelude’, and Larkin, ‘I Remember, I Remember’.

Jinny: Matthew Sweeney ‘The Old Xmas Tree’ and Hilda Sheehan ‘Something Sad and Funny’ from ‘The God Baby’.

Jo: Joelle Taylor, Two from ‘Songs my Enemy Taught Me’: ‘Bone Ghosts’ and ‘The Mother of All Bombs’

Mo: Chimamanda Ngozi Adichie’s TED talk, ‘We Should All Be Feminists’, and Sylvia Plath, from ‘Winter Trees’.

Ewa: Wislava Szymborska, ‘Thank You Note’, and ‘On Death Without Exaggeration’ (Both in Polish and English)

Lydine: Kate Tempest, ‘And Now it’s Sunrise’, and her own poem, ‘I Got Lost in a Lotus Blossom One Day’.

Izzy: Gary Snyder, ‘As For Poets’, from ‘Turtle island’, and Larkin, ‘The Trees’.

Rachael has poems soon to be published in Tears in the Fence, Acumen, The Interpreter’s House and New European. Michelle and Jinny will both have work included in an anthology on theme of mental health, fundraising for Mind: “Please Hear What I’m Not Saying”. Morag has a column in the next issue of Tears in the Fence.

Jinny and Rachael thoroughly enjoyed attending the TS Eliot readings in London. It’s a bit like the Poet’s Oscar Night. The Royal Festival Hall was packed with poets of every hue and age. The readings were excellent for the most part especially Jacqueline Saphra and the winner Ocean Vuong (who Rachael thought breathtaking).

Next month we shall be meeting at The Cheese Yard Cafe, West Horrington, BA5 3EB on Monday February 5th, 7.45 for 8pm start. Just north of Wells on the B3139. Turn left opposite Horrington School and then turn right into the Cheese Yard. The cafe is on your left with plenty of parking.

The featured poet will be Rachael Clyne. a long-standing member of the group.
Rachael’s work work appears in various magazines and online, also in anthologies: The Very Best of 52, Book of Love and Loss, Poems for a Liminal Age. Her prizewinning collection, Singing at the Bone Tree concerns our relationship with the wild.  For more click here. Rachael suggested The non-human world as a prompt, should anyone desire one.

East Coker Poetry Group meets on the last Tuesday of the month at 7,30 in the Helyar Arms. For more details please see the website. 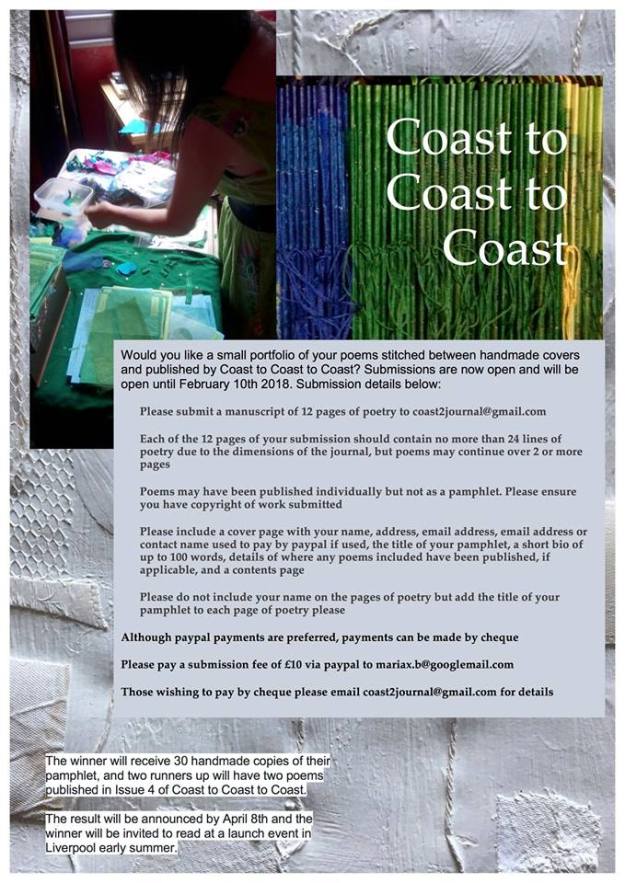